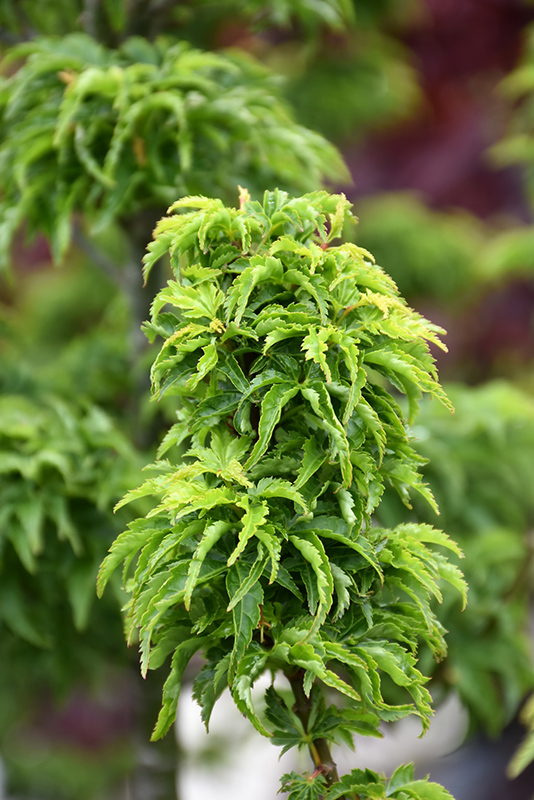 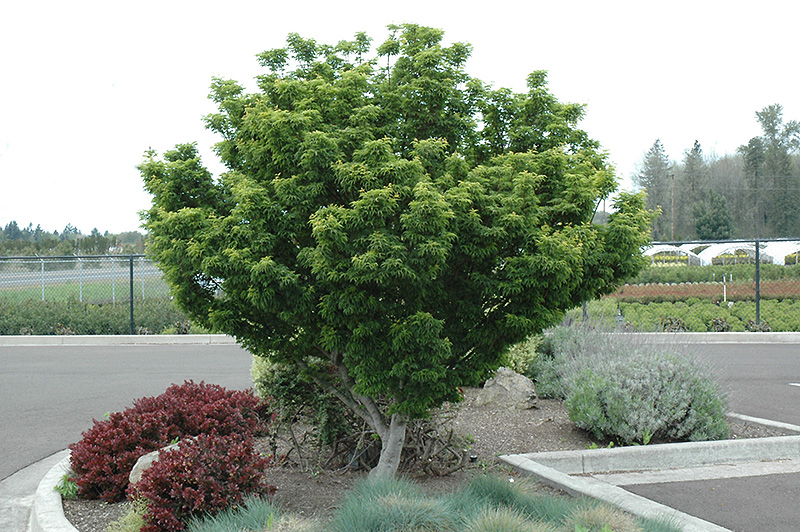 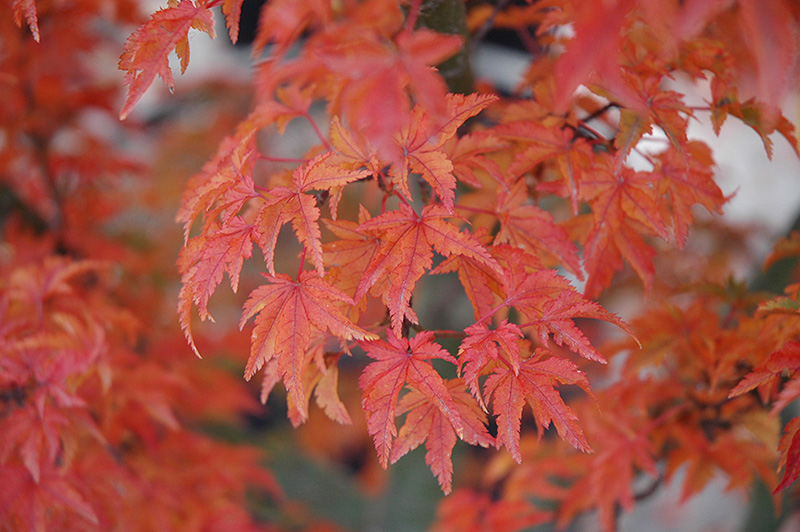 An unusual, bold addition to the garden; deeply curled and crinkled bright green leaves are held in close knit bunches, adding interest; develops its fall color much later in the season than most other varieties, prefers a sheltered location

Lions Head Japanese Maple is primarily valued in the landscape for its ornamental upright and spreading habit of growth. It features subtle corymbs of burgundy flowers rising above the foliage in mid spring before the leaves. It has attractive green deciduous foliage which emerges red in spring. The crinkled palmate leaves are highly ornamental and turn outstanding shades of gold and crimson in the fall. The rough gray bark and red branches add an interesting dimension to the landscape.

Lions Head Japanese Maple is an open deciduous tree with an upright spreading habit of growth. It lends an extremely fine and delicate texture to the landscape composition which can make it a great accent feature on this basis alone.

Lions Head Japanese Maple will grow to be about 20 feet tall at maturity, with a spread of 15 feet. It has a low canopy with a typical clearance of 1 foot from the ground, and is suitable for planting under power lines. It grows at a slow rate, and under ideal conditions can be expected to live for 80 years or more.