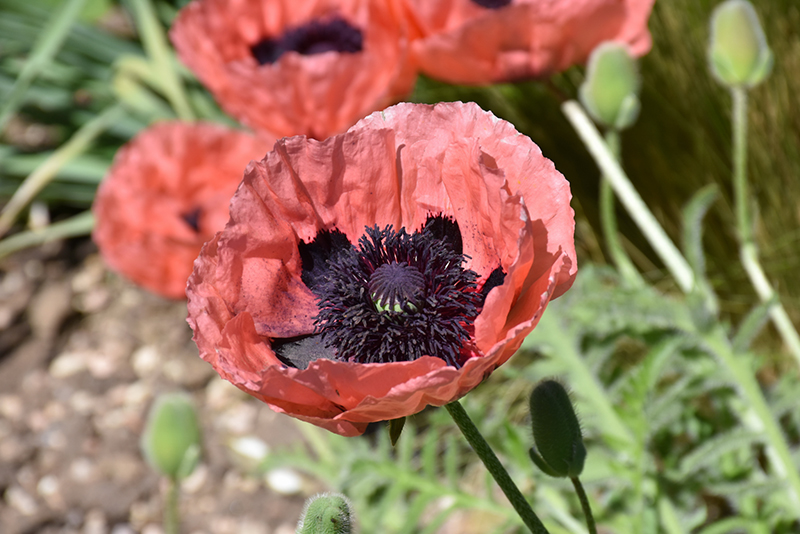 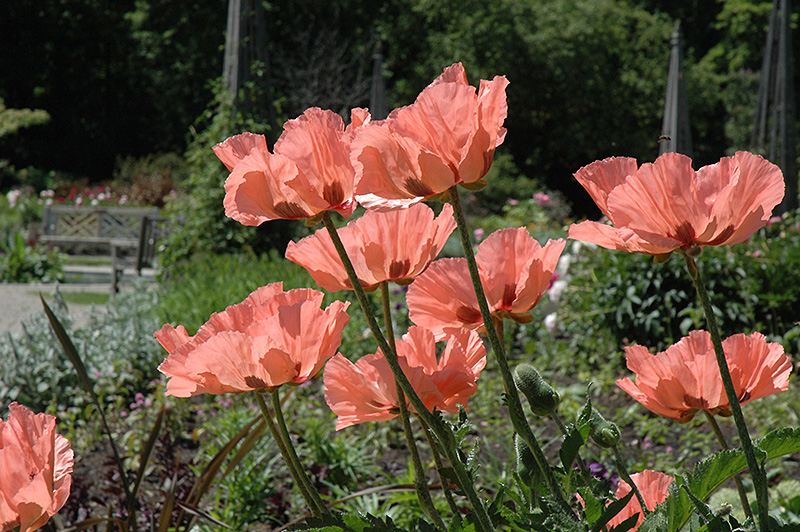 Princess Victoria Louise Poppy features bold salmon round flowers with black eyes at the ends of the stems from early to mid summer. The flowers are excellent for cutting. Its deeply cut ferny leaves remain forest green in color throughout the season.

Princess Victoria Louise Poppy is an open herbaceous perennial with tall flower stalks held atop a low mound of foliage. Its relatively fine texture sets it apart from other garden plants with less refined foliage.

Princess Victoria Louise Poppy will grow to be about 24 inches tall at maturity, with a spread of 24 inches. When grown in masses or used as a bedding plant, individual plants should be spaced approximately 18 inches apart. It grows at a fast rate, and under ideal conditions can be expected to live for approximately 5 years. As an herbaceous perennial, this plant will usually die back to the crown each winter, and will regrow from the base each spring. Be careful not to disturb the crown in late winter when it may not be readily seen! As this plant tends to go dormant in summer, it is best interplanted with late-season bloomers to hide the dying foliage.

This plant does best in full sun to partial shade. It prefers dry to average moisture levels with very well-drained soil, and will often die in standing water. It is not particular as to soil type or pH. It is somewhat tolerant of urban pollution, and will benefit from being planted in a relatively sheltered location. Consider applying a thick mulch around the root zone in winter to protect it in exposed locations or colder microclimates. This is a selected variety of a species not originally from North America.