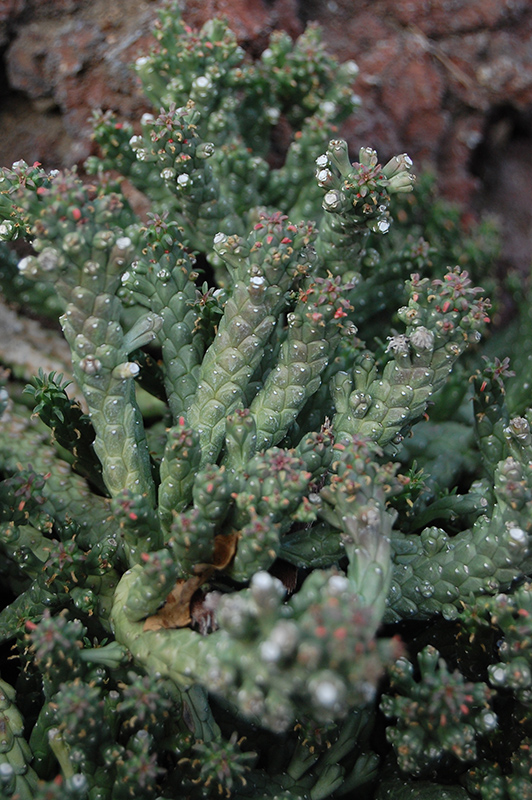 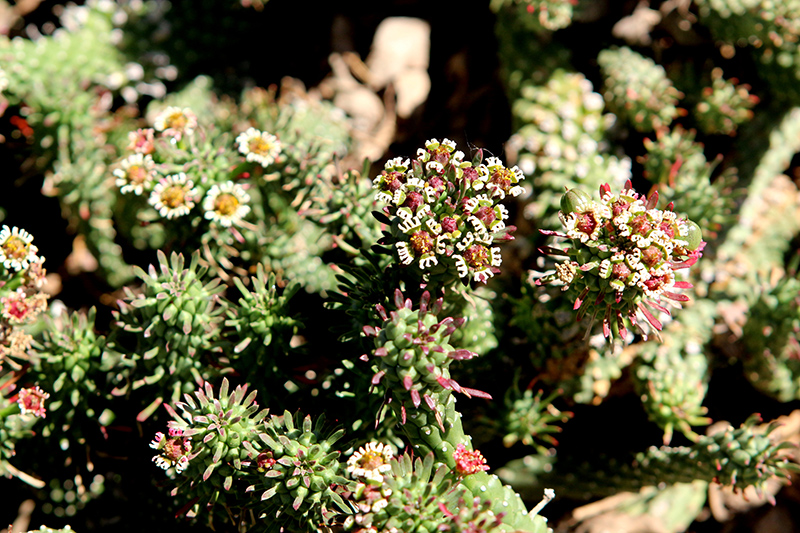 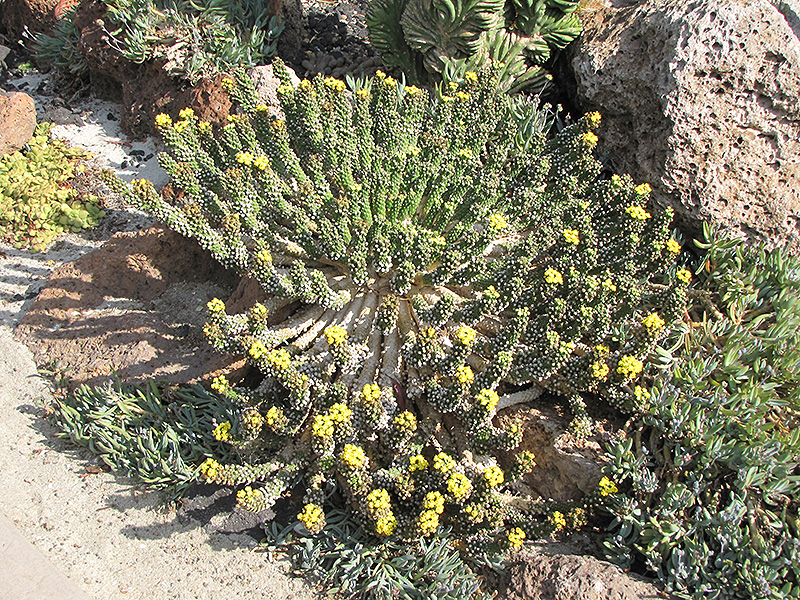 A unique succulent with a central, tap-rooted caudex from which emerge many snake like, bumpy, trailing branches with knobbed ends, where small deciduous leaves emerge; white flowers rise from short stalks in spring; great for rock gardens

Medusa's Head is a highly distinctive and unusual plant. Although it actually isn't technically a cactus, it is still a succulent evergreen which behaves much like a cactus. It is characterized by the highly modified and distinctive cylindrical grayish green stems that comprise the bulk of the plant, and which are designed to retain water for extended periods of time. Its attractive succulent narrow leaves remain grayish green in color throughout the year. This plant has masses of beautiful clusters of white flowers held atop the stems from mid spring to mid summer, which emerge from distinctive red flower buds, and which are most effective when planted in groupings.

Medusa's Head is an unusual succulent evergreen plant with a form that trails along the ground or spills over containers and rock walls. Unlike a cactus, which this plant resembles, it does have foliage, but it's the grayish green narrow cylindrical segments that are of primary interest from a landscape or garden perspective.

Medusa's Head is recommended for the following landscape applications;

Medusa's Head will grow to be about 10 inches tall at maturity, with a spread of 3 feet. Its foliage tends to remain low and dense right to the ground. It grows at a medium rate, and under ideal conditions can be expected to live for approximately 10 years. As an evegreen perennial, this plant will typically keep its form and foliage year-round.

This plant should only be grown in full sunlight. It prefers dry to average moisture levels with very well-drained soil, and will often die in standing water. It is considered to be drought-tolerant, and thus makes an ideal choice for a low-water garden or xeriscape application. It is not particular as to soil pH, but grows best in sandy soils, and is able to handle environmental salt. It is highly tolerant of urban pollution and will even thrive in inner city environments. This species is not originally from North America, and parts of it are known to be toxic to humans and animals, so care should be exercised in planting it around children and pets. It can be propagated by division.

Medusa's Head is a fine choice for the garden, but it is also a good selection for planting in outdoor pots and containers. Because of its trailing habit of growth, it is ideally suited for use as a 'spiller' in the 'spiller-thriller-filler' container combination; plant it near the edges where it can spill gracefully over the pot. Note that when growing plants in outdoor containers and baskets, they may require more frequent waterings than they would in the yard or garden.