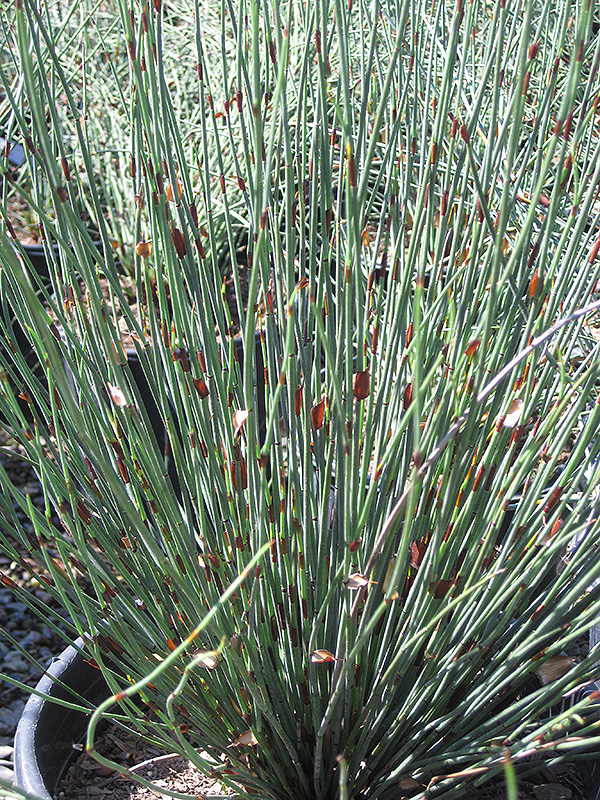 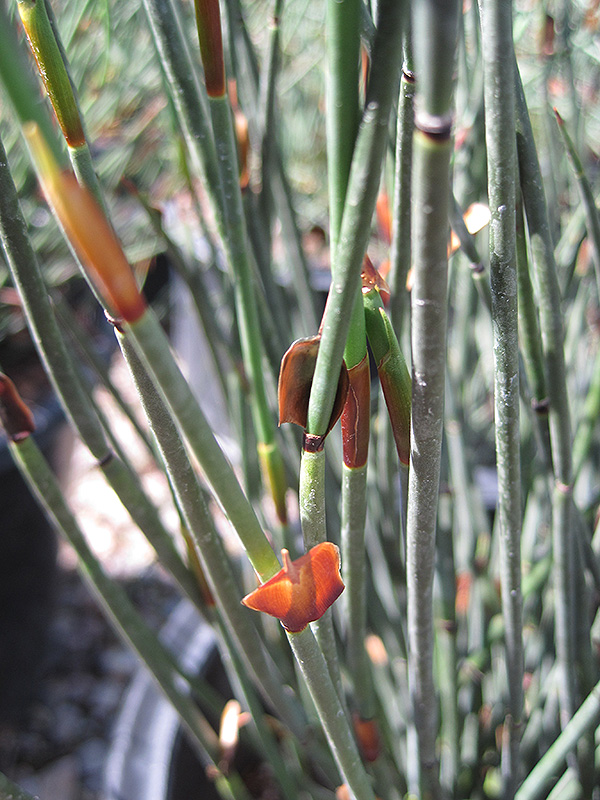 A dense, tufted clump of tall, unbranched, dark green stems; brown sheaths at the joints drop off in summer, leaving dark nodes; clusters of dark brown flowers appear at the tips in summer to fall; drought tolerant, but appreciates water in spring

Large Cape Rush features showy clusters of dark brown flowers at the ends of the stems from late summer to late fall. Its grassy leaves emerge light green in spring, turning dark green in color with showy bluish-green variegation and tinges of khaki (brownish-green) the rest of the year.

Large Cape Rush is a dense herbaceous evergreen perennial grass with a shapely form and gracefully arching stems. Its relatively fine texture sets it apart from other garden plants with less refined foliage.

This is a relatively low maintenance plant, and usually looks its best without pruning, although it will tolerate pruning. It has no significant negative characteristics.

Large Cape Rush is recommended for the following landscape applications;

Large Cape Rush will grow to be about 5 feet tall at maturity, with a spread of 24 inches. Its foliage tends to remain dense right to the ground, not requiring facer plants in front. It grows at a medium rate, and under ideal conditions can be expected to live for approximately 10 years. As an evegreen perennial, this plant will typically keep its form and foliage year-round.

This plant does best in full sun to partial shade. It does best in average to evenly moist conditions, but will not tolerate standing water. It is not particular as to soil pH, but grows best in sandy soils, and is able to handle environmental salt. It is somewhat tolerant of urban pollution. This species is not originally from North America. It can be propagated by division.

Large Cape Rush is a fine choice for the garden, but it is also a good selection for planting in outdoor pots and containers. Because of its height, it is often used as a 'thriller' in the 'spiller-thriller-filler' container combination; plant it near the center of the pot, surrounded by smaller plants and those that spill over the edges. It is even sizeable enough that it can be grown alone in a suitable container. Note that when growing plants in outdoor containers and baskets, they may require more frequent waterings than they would in the yard or garden.