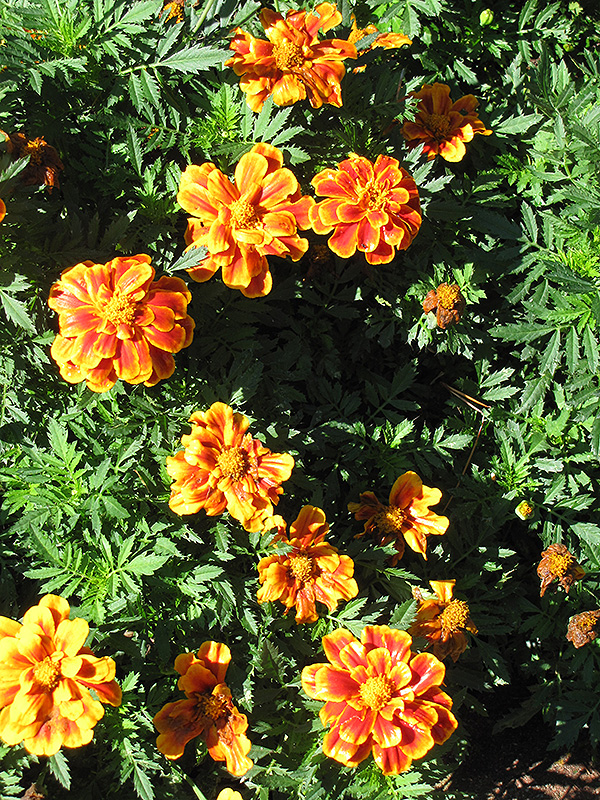 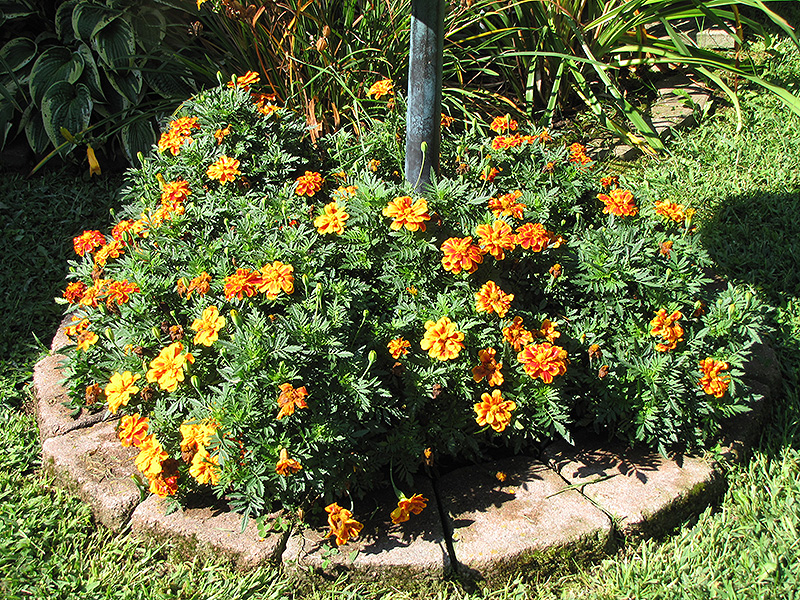 Disco Queen Marigold features bold orange daisy flowers with red overtones and gold edges at the ends of the stems from late spring to late summer. The flowers are excellent for cutting. Its fragrant ferny leaves remain dark green in color throughout the season.

Disco Queen Marigold is an herbaceous annual with an upright spreading habit of growth. It brings an extremely fine and delicate texture to the garden composition and should be used to full effect.

Disco Queen Marigold is recommended for the following landscape applications;

Disco Queen Marigold will grow to be about 10 inches tall at maturity, with a spread of 8 inches. When grown in masses or used as a bedding plant, individual plants should be spaced approximately 6 inches apart. Its foliage tends to remain low and dense right to the ground. This fast-growing annual will normally live for one full growing season, needing replacement the following year.

Disco Queen Marigold is a fine choice for the garden, but it is also a good selection for planting in outdoor pots and containers. It is often used as a 'filler' in the 'spiller-thriller-filler' container combination, providing a mass of flowers against which the larger thriller plants stand out. Note that when growing plants in outdoor containers and baskets, they may require more frequent waterings than they would in the yard or garden.