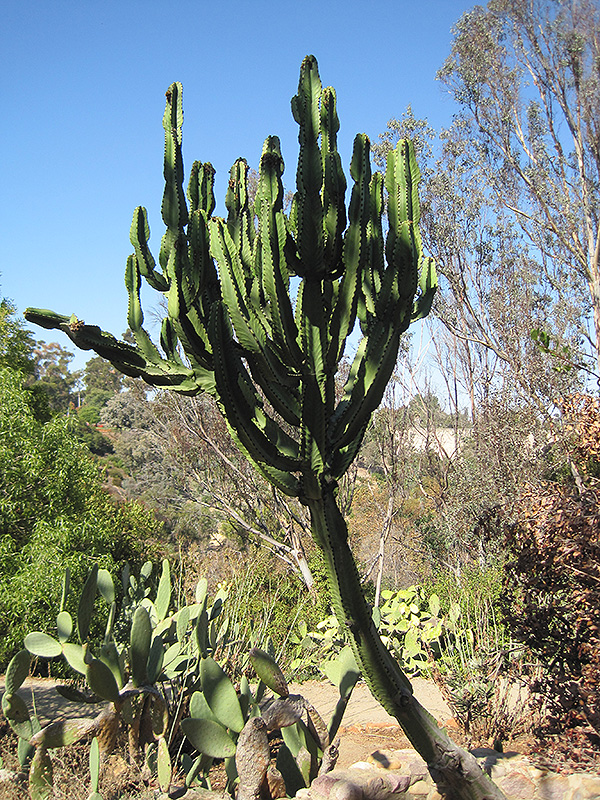 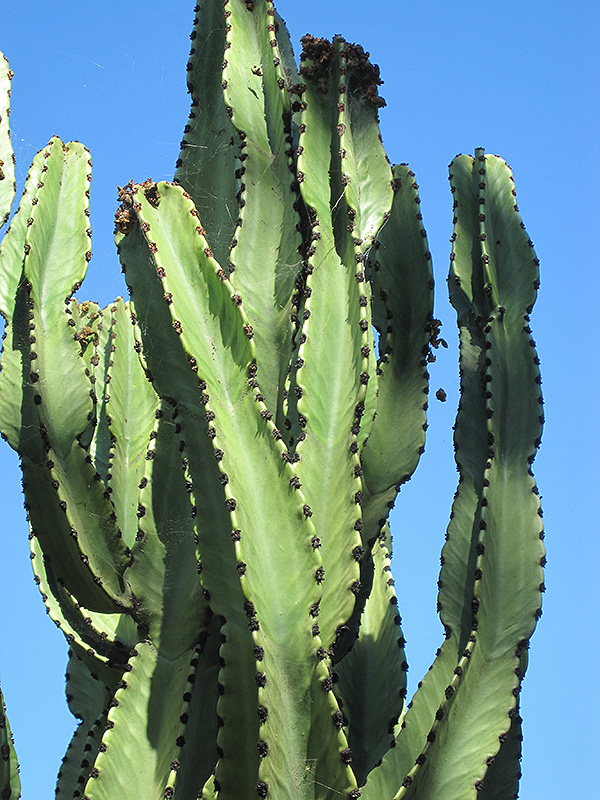 African Candelabra is primarily valued in the landscape for its ornamental upright and spreading habit of growth. It has attractive dark green evergreen foliage. The glossy narrow leaves are highly ornamental and remain dark green throughout the winter. It produces green capsules in early summer.

African Candelabra is an open multi-stemmed evergreen shrub with an upright spreading habit of growth. Its relatively coarse texture can be used to stand it apart from other landscape plants with finer foliage.

This is a relatively low maintenance shrub, and should not require much pruning, except when necessary, such as to remove dieback. Deer don't particularly care for this plant and will usually leave it alone in favor of tastier treats. Gardeners should be aware of the following characteristic(s) that may warrant special consideration;

African Candelabra is recommended for the following landscape applications;

African Candelabra will grow to be about 15 feet tall at maturity, with a spread of 15 feet. It has a low canopy, and is suitable for planting under power lines. It grows at a fast rate, and under ideal conditions can be expected to live for 60 years or more.

This shrub does best in full sun to partial shade. It prefers dry to average moisture levels with very well-drained soil, and will often die in standing water. It is considered to be drought-tolerant, and thus makes an ideal choice for xeriscaping or the moisture-conserving landscape. It is not particular as to soil pH, but grows best in sandy soils. It is highly tolerant of urban pollution and will even thrive in inner city environments. This species is not originally from North America, and parts of it are known to be toxic to humans and animals, so care should be exercised in planting it around children and pets.

African Candelabra makes a fine choice for the outdoor landscape, but it is also well-suited for use in outdoor pots and containers. Its large size and upright habit of growth lend it for use as a solitary accent, or in a composition surrounded by smaller plants around the base and those that spill over the edges. It is even sizeable enough that it can be grown alone in a suitable container. Note that when grown in a container, it may not perform exactly as indicated on the tag - this is to be expected. Also note that when growing plants in outdoor containers and baskets, they may require more frequent waterings than they would in the yard or garden.