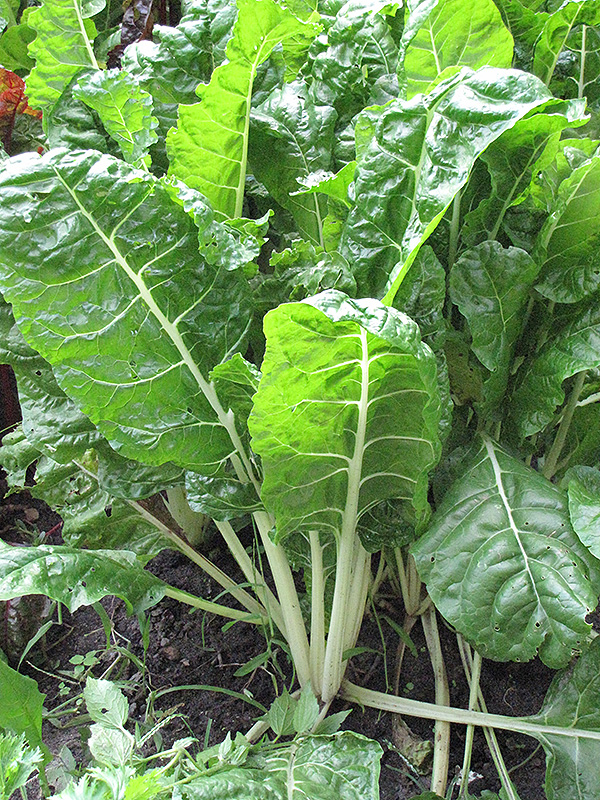 Closely related to beets, this variety is primarily for culinary purposes; rich, crinkled green leaves with cream veins and stalks; a tasty addition to salads or vegetable dishes; abundant crops all season, into fall

Fordhook Giant Swiss Chard is an annual vegetable plant that is typically grown for its edible qualities, although it does have ornamental merits as well. The entire above-ground parts of the plant are edible, and are usually harvested from early to late summer. The edible parts have a mild taste and a crisp texture.

The plant is most often used in the following ways:

Fordhook Giant Swiss Chard will grow to be about 28 inches tall at maturity, with a spread of 30 inches. This fast-growing vegetable plant is an annual, which means that it will grow for one season in your garden and then die after producing a crop. Because of its relatively short time to maturity, it lends itself to a series of successive plantings each staggered by a week or two; this will prolong the effective harvest period.

This plant can be integrated into a landscape or flower garden by creative gardeners, but is usually grown in a designated vegetable garden. It does best in full sun to partial shade. It does best in average to evenly moist conditions, but will not tolerate standing water. It is not particular as to soil pH, but grows best in rich soils. It is somewhat tolerant of urban pollution. This is a selected variety of a species not originally from North America, and it is considered by many to be an heirloom variety.

Fordhook Giant Swiss Chard is a good choice for the vegetable garden, but it is also well-suited for use in outdoor pots and containers. It can be used either as 'filler' or as a 'thriller' in the 'spiller-thriller-filler' container combination, depending on the height and form of the other plants used in the container planting. It is even sizeable enough that it can be grown alone in a suitable container. Note that when growing plants in outdoor containers and baskets, they may require more frequent waterings than they would in the yard or garden.