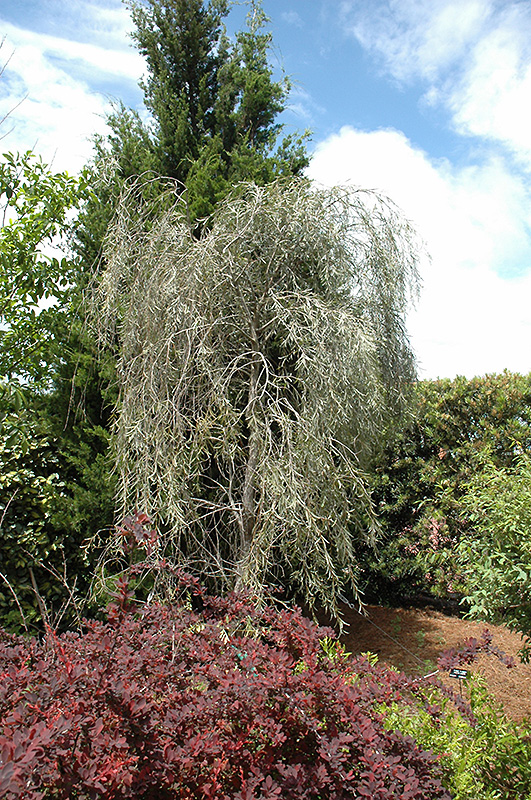 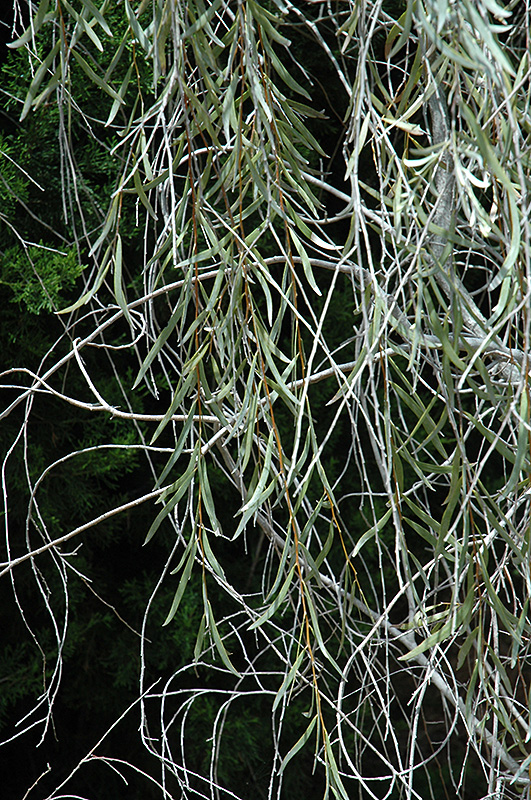 Weeping Myall has attractive silver-variegated bluish-green foliage on a tree with a weeping habit of growth. The narrow leaves are highly ornamental and remain bluish-green throughout the winter. It features subtle clusters of buttery yellow pincushion flowers along the branches from early to late spring.

Weeping Myall is a multi-stemmed evergreen tree with a rounded form and gracefully weeping branches. Its average texture blends into the landscape, but can be balanced by one or two finer or coarser trees or shrubs for an effective composition.

This is a relatively low maintenance tree, and should only be pruned after flowering to avoid removing any of the current season's flowers. It has no significant negative characteristics.

Weeping Myall is recommended for the following landscape applications;

Weeping Myall will grow to be about 30 feet tall at maturity, with a spread of 30 feet. It has a low canopy with a typical clearance of 1 foot from the ground, and should not be planted underneath power lines. It grows at a medium rate, and under ideal conditions can be expected to live for approximately 30 years.

This tree does best in full sun to partial shade. It prefers dry to average moisture levels with very well-drained soil, and will often die in standing water. It is considered to be drought-tolerant, and thus makes an ideal choice for xeriscaping or the moisture-conserving landscape. It is not particular as to soil pH, but grows best in sandy soils. It is somewhat tolerant of urban pollution. This species is not originally from North America.